By Heledd Pritchard and Maximilian Richard

Heavy rain caused another bout of flooding in parts of the country on Tuesday evening, almost two weeks after Luxembourg had to evacuate thousands of people as rivers burst their banks after torrential rains.

Emergency services had to come to the rescue of four people trapped inside a garage in Schouweiler after rainwater gushed in. The four had to cling on to window barriers as the water started filling the apartment block garage.

Rain also caused damage in Garnich near Capellen and Hautcharage as well as Bous in the south-east and Erpeldange, near Ettelbruck.

Emergency services and locals worked through the evening to try to contain the water. The extent of the damage is still unknown. 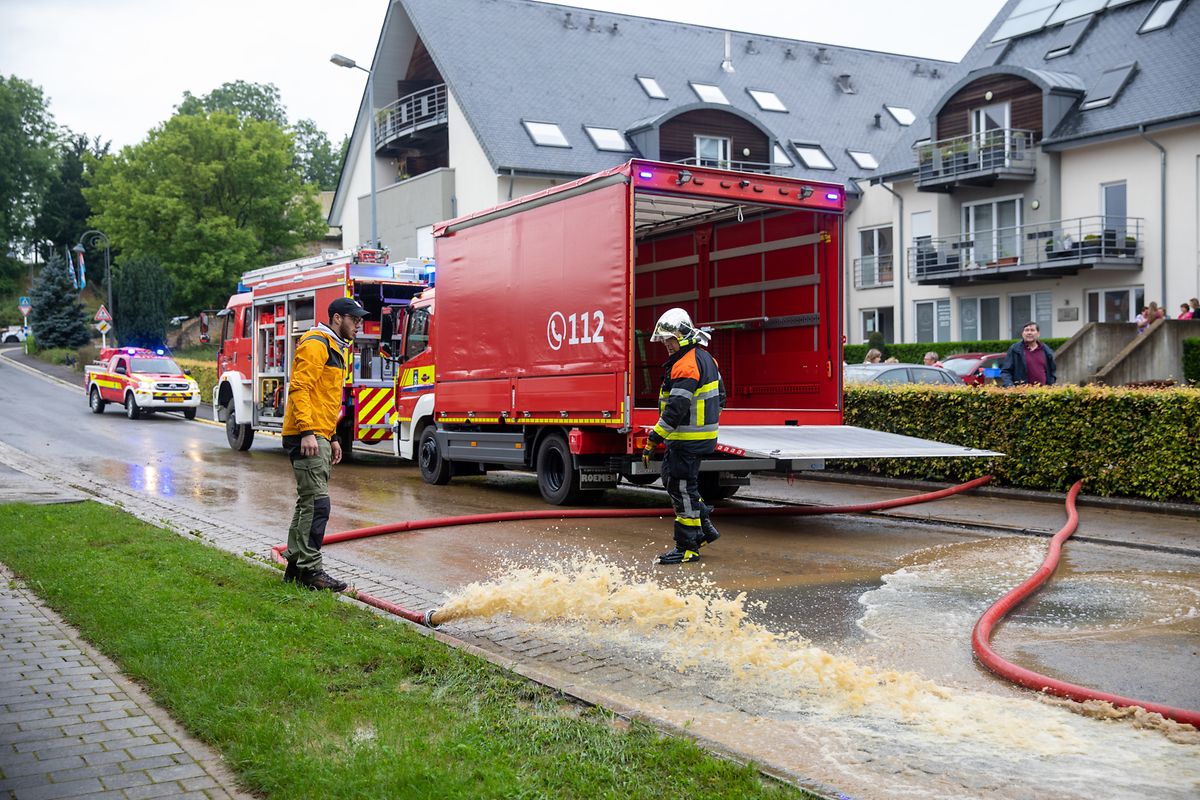 Wednesday will remain mainly dry, although some showers are expected throughout the day and into the evening, met office Meteolux said.

The rain came almost two weeks after Luxembourg was hit by flooding which damaged thousands of homes and businesses at an estimated cost of $120 million, according to the trade association for insurers.

Storms also hit the country over the weekend. In the nearby Belgian town of Dinant several, cars were washed away by the water.

Many people in Luxembourg have said the government should have done more to warn them of the floods. But the government said it had passed on all available information to public broadcasters and had regularly updated warnings on a website serving that purpose.

Weather
Luxembourg winter was too hot, too dry and too wet
South-west was drier than normal, north-east had more rain than normal