Police pinned down hundreds of protestors near Luxembourg's main train station for hours on Saturday, arresting 30 in a sometimes violent standoff, preventing the unauthorised protest from spreading through the city.

An estimated 380 people had gathered at around 14:30 on Saturday at the Gare to protest against increasingly tough Covid-19 vaccination restrictions, intending to march towards the city centre - well outside a designated zone for protests the mayor put in place after violent protests in December.

But police stopped the march after only a few hundred metres, surrounding the group from two sides on the Avenue de la Liberté, where they remained stationary until the demonstration had dissolved by 19:00 hrs. 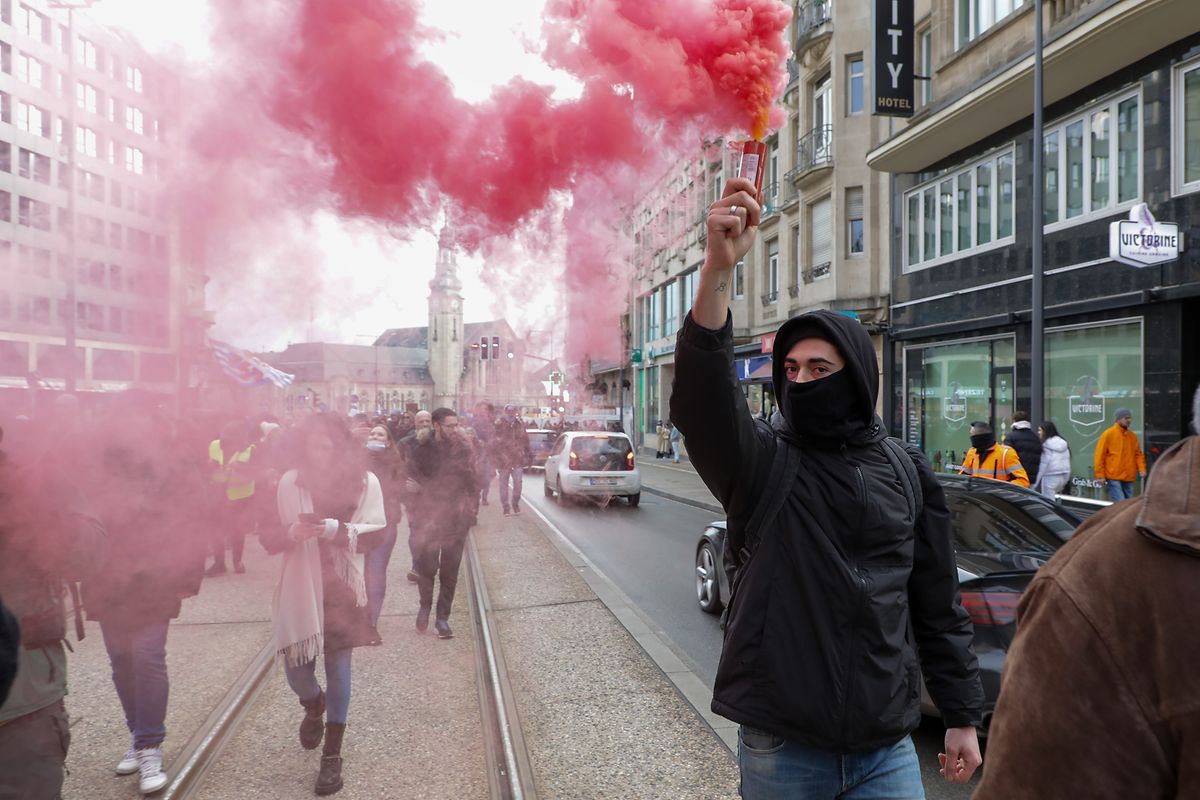 Video footage of the protests show riot police making charges at protestors, who can be seen throwing fireworks and what looks like bottles at police. "The participants who caused the riots were pulled out of the group by the police," an eyewitness told the Luxemburger Wort newspaper. Of the 30 arrests, 16 will be handed over to the prosecution, police officials told the Luxemburger Wort.

Several shop keepers had closed their doors during the day, fearing damage from the violence or the security of their personnel.

A much smaller protest of some 30 people was at the same time taking place at the Glacis, within the restricted zone where protests are allowed. This demonstration had been authorised and ended at around 16:30 hrs.