Close up on Belgian contemporary art

Degroof Petercam Luxembourg is pleased to present its new major art exhibition. The bank is indeed keen to have promoted for many years the world of artistic achievement, an essential element of our shared cultural heritage.

After the exhibition of unpublished photographs of Keith Haring taken by his artist friend Tseng Kwong Chi, and an exhibition of Isabelle de Borchgrave in 2019, this time Degroof Petercam Luxembourg is hosting (in its premises) an exhibition run in partnership with the Ixelles Museum in Brussels, a museum dedicated entirely to Belgian art.

This exhibition, which will be held from 29 September to 29 October 2021 is entitled "Close up on Belgian contemporary art". It was scheduled to coincide with the 150th anniversary of Degroof Petercam, a bank that has always supported artistic creation in Belgium and Luxembourg, in particular through fine institutions such as BOZAR, the SMAK, the M KHA, the MDD, the Musée Van Buuren, the Boverie and, since January 2021, the Mudam in Luxembourg.

This exhibition will present a selection of works acquired in recent years by the Ixelles Museum, which is currently undergoing expansion and renovation work before the scheduled reopening in 2024. Some of these works will be shown to the public for the first time.

Degroof Petercam Luxembourg will open its doors free of charge to allow art lovers the chance to admire these works of art on four open days in October (Saturdays 2 and 16 and Sundays 10 and 24). In addition, the bank will provide opportunities for Luxembourg school and university students to discover these unique works. Information and compulsory registration on www.events-degroofpetercam.lu .

The Ixelles Museum was founded in 1892 thanks to a donation from Belgian artist Edmond de Praetere, who is mostly known for how he represented animals. From that moment onwards, the theme of the collections has been significant contemporary art in Belgium, whether they have been received through donations, bequests or purchases. Over time, the collections have inevitably become more historic, and now offer a very broad panorama of Belgian art from the second half of the 19th century to the present day. Some 12,000 works have been collected to date. This also includes non-Belgian artists who came to the country and left their mark, such as Joan Miro and Henri de Toulouse-Lautrec,  for which the museum holds a complete collection of original posters. There is also a selection works from the 15th-17th centuries from the Léon Gauchez bequest.

The acquisition policy of the Ixelles Museum has been the same for nearly 130 years. Acquisitions have been regular, thanks in particular to highly determined and very active policy by local authorities. This dynamic process, based on precise selection criteria, has enabled the museum's collection to become one of the most important in Belgium and thus maintain its international reputation. 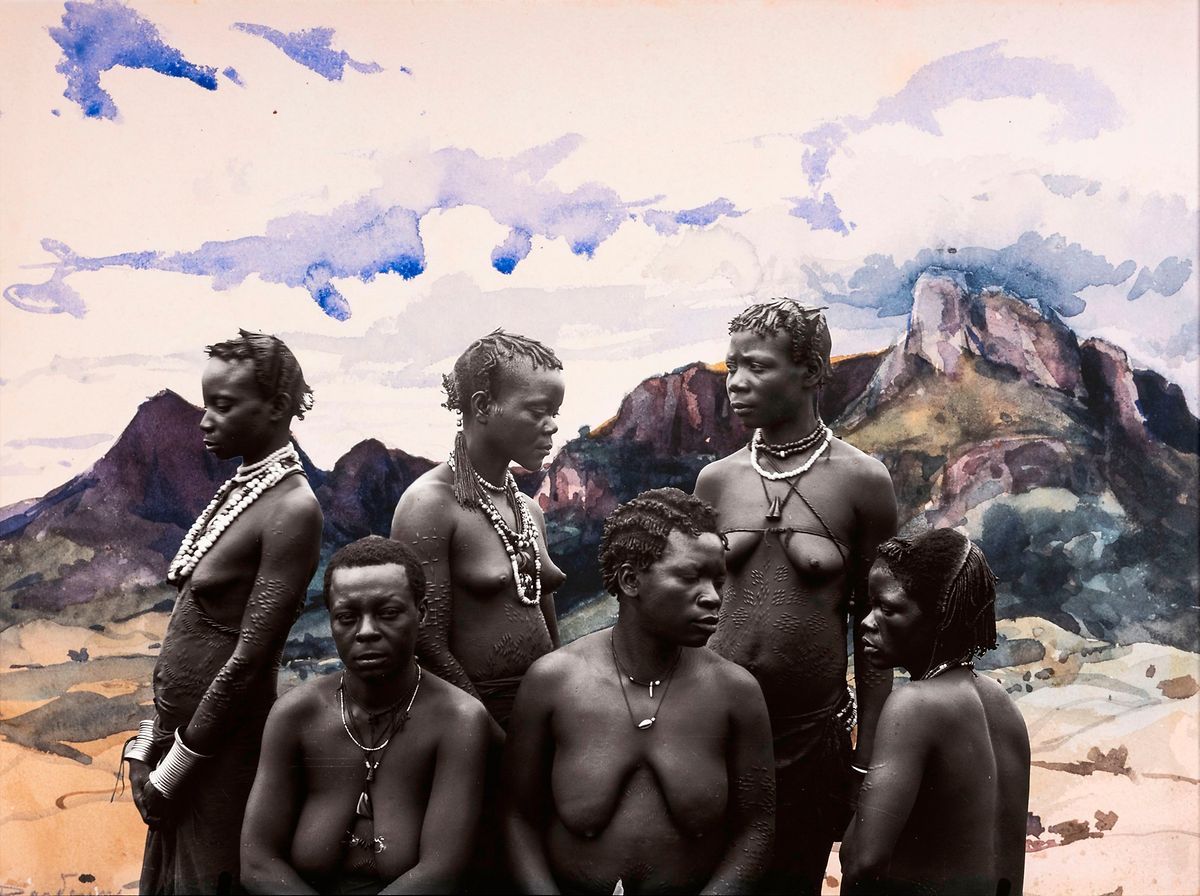 Sophie Kuijken's “E.K.” was acquired in 2019. It is a significant take on a perennial genre of portraiture. It balances classical character (using a realistic pictorial technique demonstrating technical mastery worthy of the old masters) while inducing a temporal strangeness through the integration of contemporary and disruptive elements in the approach (in this case underwear and a squirrel).

Marcel Berlanger will be present with his work "Méduse Orpheline", acquired in 2013. The artist plays with real images, such as in this piece in which he has painted over a photograph of Naomi Watts in the film King Kong. He also likes to pierce holes in his images to play with the integrity of the artwork in its surroundings, creating a breakthrough between the realms of painting and reality.

Work by Stephan Balleux was added in 2008 with a piece entitled "Paintingpainting#16". It is emblematic of how he questions the act of painting, as well as the status of painting and the painter in a social context. In this work, the profusion of images leads to a loss of reference points and raises numerous questions.

The work "Portrait 3: groupe de femmes Urua sur un fond d’aquarelle de Dardenne " by Sammy Baloji is also an important work in that it bears witness to the artist's questioning of collective memory and historical reappropriation/construction, specifically with regard to Belgium's colonial past. Through an artistic reinterpretation of colonial archive documents, Sammy Baloji invites us to take a critical, questioning look at notions that are at the heart of contemporary societies. This young artist has achieved merited international recognition.

Composed of several photographs, the acquisition of this Anne De Gelas piece was made in 2019. Anne De Gelas deals with themes that are as personal as they are universal, relating to femininity, fragility, intimacy, maternity, the transience of everyday life... Of course, many artists address these topics, so why does one artist rather than another enter these collections? It is because the panoramic analysis and the expertise of a commission allow us to understand and capture which artists have achieved the highest quality of artistic reflection and work.

With a history dating back to 1871 (150 years in 2021), Degroof Petercam is a leading financial institution based in Brussels. An independent group owned by family shareholders committed to long term performance, Degroof Petercam offers its services to private and institutional investors.

Its clients benefit from a unique combination of private banking, institutional management, investment banking (corporate finance and financial intermediation) and asset services. Total assets in all these activities (whether they be under management, under administration and in custody) represent EUR 75 billion.